“He who knows best knows how little he knows”.

Working with young people is one of the Church’s main pastoral options and still remains a great challenge to the pastoral agents all around the world. Today more than ever before it is easy to notice the wide generation gap between the young people and the relatively old ones. In fact the puzzle today is that the difference of years between one generation and another is decreasing while the worldview (way of thinking, value system, approach to life issues, etc.) is widening. This gives the pastoral agents a hard time to figure out how best to deal with the young people today.

Even though being aware of the risk of hasty generalizations when talking about young people; however, we can identify some common traits in the young people all over the world. The impact of the economic model presented by liberalism, that of globalization, of changes in marriage unions and families, of projections of sexuality, the impact of music, television, cinema and above all the internet, all influence and standardize juvenile mentality considerably in most countries. Such mega-tendencies, since they change their dynamics very rapidly, end up impacting strongly on young people and thus mold their life accordingly and ending up causing some generational crisis.

This was my experience in both Colombia (Latin America) and Kenya (East Africa) where I always worked with young people. They generally exhibited the above mentioned characteristics, and since I was young too, found it easier to “speak their language”. The said trends in the young people were substantially similar given some common denominators: both places are 3rd world countries, they are dominantly Christian countries; the social-cultural life is quite akin, etc. I being a product of the same milieu, I had no huge problems blending up with the young people to the extent of really enjoying it all.

It is almost two years since I started actively working with the young university Taiwanese Volunteer students group. This has been a new field of experience full of surprises, a situation that has made me appreciate the rich statement by Thomas Jefferson: “He who knows best knows how little he knows”. The “know it all attitude” with which I approached this new adventure, especially the university volunteer group, has taught me a lesson of life. It has stripped me of my pride and made me humble. It has asked me to leave behind my previous youth pastoral experience and learn new ones. It has reminded me how little I know about the world of the youth in Asia!

Special characteristics of the young Taiwanese:

Like I mentioned earlier, right from the time we arrived in Taiwan (about two year ago) I have been actively involved with the National Tchinghua University Volunteer Group (which is under the great umbrella called TAISA (Taiwan Africa International Service Association). My role in the group has generally been consultative; however, many times it has extended all sorts of issues pertaining to the world of the youth. 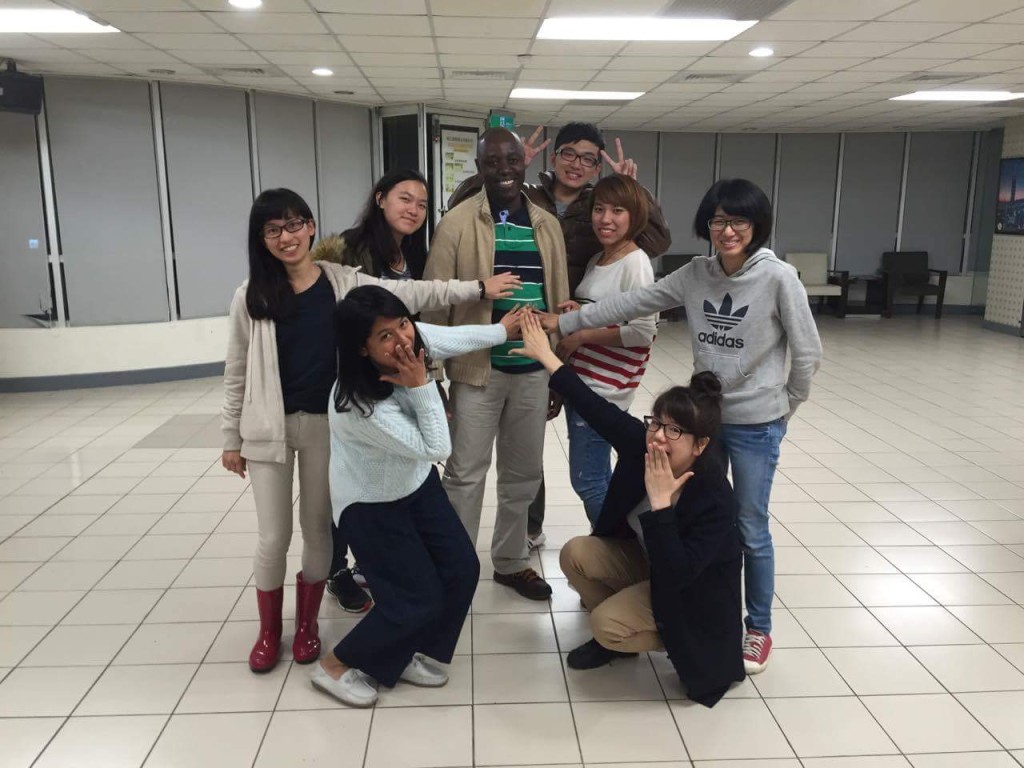 This has given me the opportunity to appreciate the fact that these young people, just like the rest in the world, have weak points, but they are still receptive, ready to help and generous. They are not burdened by ideologies like previous generations were. They seek authentic relationships and are in search of truth. However, when they do not find it in reality, they hope to find it within themselves. This kind of attitude predisposes them to depend on several situations, like feelings and on individualism, putting social ties and their sense of what is in the general interest at their service. Given the amount of information they have at hand, they appear to know it all while in reality they are really vulnerable and in need of direction.

The Chinese world has however some special characteristic to have in mind while dealing with people in general. Confucianism as a philosophy of life is an aspect to consider if you want to befriend a person from the Chinese world. This includes traits like: respect for the dead (ancestors), respect for the old (you must respect whoever is older than you), respect for authority (whoever is in leadership position), euphemism (no use of vulgar words), no body contact (not even greeting by hands, etc).

The religious aspect is probably the most significant here. Taoism, Buddhism, Traditional Religions, etc., are never to be taken for granted while dealing with people from this part of the world. It plays a very crucial role and failure to respect their religious convictions may mean tear apart your relationship. One should have in mind that Christianity is just a bare minority here (around 1% of the Taiwan population) and still considered a foreign religion. This means that the attitude here must simply be of respect before you begin to think of dialogue.

This was exactly the background that attracted me even closer to this group of young people. They made me begin afresh my study of life. The fact that none of them is Christian makes me feel like a strange animal among them but at the same time giving me the chance to learn how to navigate in theses strange waters. It tell me that being a priest means different things to different people and so the need to discover what they understand when the call me “Father” (as they always do). In short, it is really a pastoral activity of pure testimony (learning how to keep quiet and let the others read the Bible through lifestyle). Indeed I realize that “he who knows best knows how little he knows”.

The name TAISA as explained above means “Taiwan Africa International Service Association”. These are a group of young people who had a dream, formed by a French Holy Spirit Missionary, to focus minds towards giving a helping hand to some situations of need in the African Continent. This especially targets the schools in need of ICT programs. They do this by donating computers to the target schools as well as coaching them on their use (basic ICT programs). 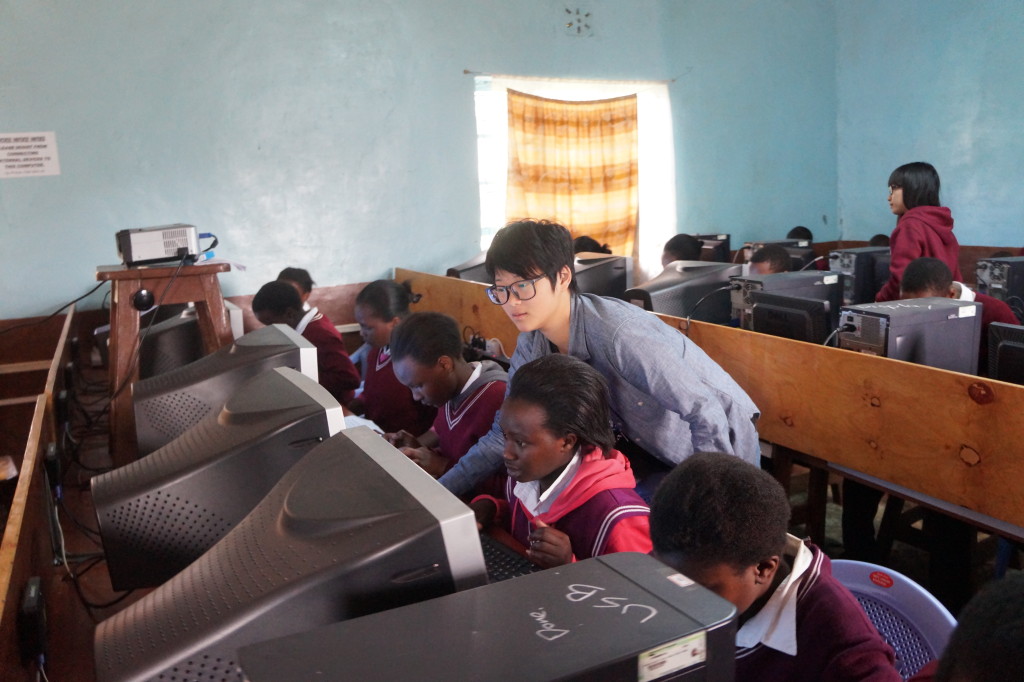 In the month of July last year (2015) I did accompany a group of 13 Taiwanese students belonging to the mentioned group to three schools in Kenya: St. Anne Primary School (Nyeri), Karangia Secondary School (Nyeri) and Yenga Secondary school (Siaya). In July 2016 this year yet another group of 13 young people are ready for the task in Kenyan three other schools. What a great sense of solidarity from young people to young people!

The amazing thing is that they are basically driven by the urge help others! I have personally accompanied the process of preparation of the two groups from the beginning to the end and I attest that it’s is not an easy task. In short, they have to solicit funds, consolidate computers and laptops, formalize all the due processes concerning the shipment of the cargo, make arrangements of bilateral collaboration with the target schools and then execute the project; all done in the spirit of solidarity.

This is a lesson that I remained to learn and appreciate. The spirit of trust from the parents and university to the young people to undertake such a big project; the spirit of honesty among the young people especially in dealing with huge amounts of money without any cases of misappropriation of funds; the spirit of love for the others (especially for people they hardly know). Even though they are not Christians (and we never discus that topic), they are demonstration the true spirit of Christ by living the values of the gospel. As a priest among them I remain challenged to demonstrate these very virtues to them even to greater measures. Indeed “he who knows best knows how little he knows”. 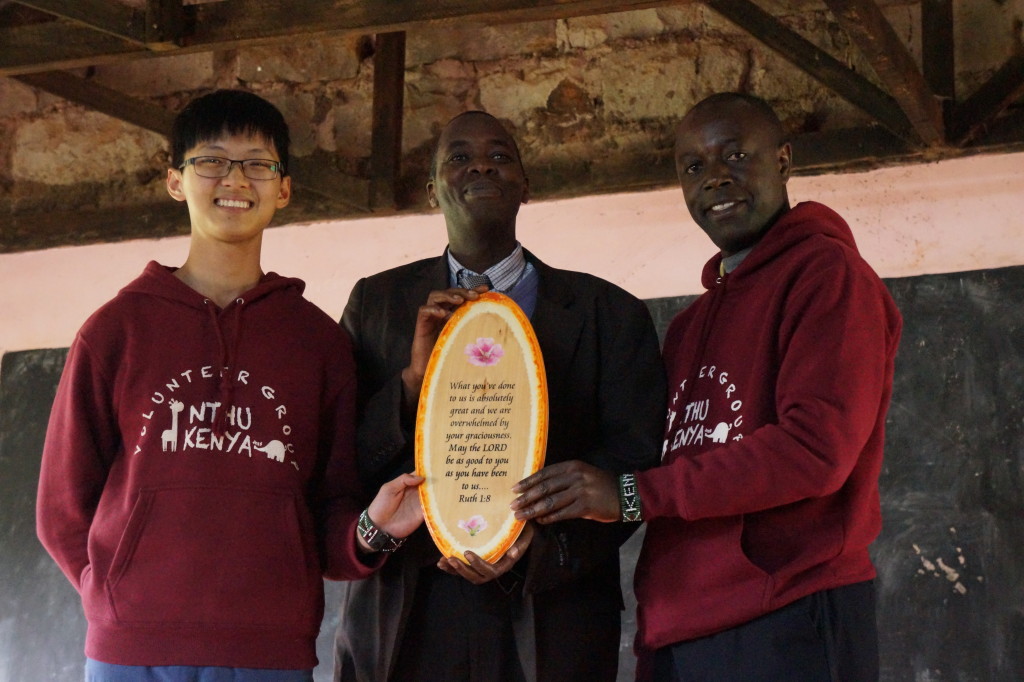